It’s the day before Easter – a somewhat mythical time in my childhood memories, filled with huge breakfasts and fierce competition between my sister and I – but mostly filled with springtime weather.

It’s snowing today, and yesterday was the coldest 29th of March recorded in the Netherlands in over a century. Also, I’ve got deadlines coming out of my ears. I can’t talk about it. Instead (!!) I thought I’d share the past week in pictures!

Last weekend, Pieter and I finally had the chance to visit the Boerhaave museum of science and medicine. We were so immersed in the strange astronomical instruments and human skulls that we were eventually kicked out when they were closing! 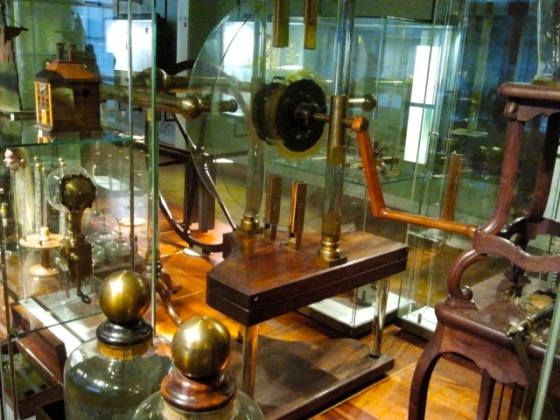 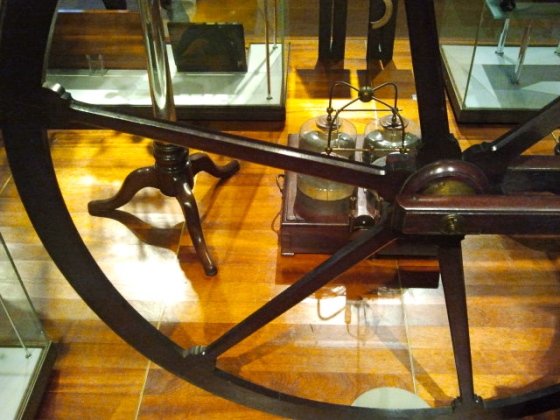 Though the press room has been increasingly occupied lately, I finally got the place to myself to do some much needed reading. It was, as you can imagine, wildly exciting.

One afternoon, I bought an inexplicable sandwich.

Friday, my classmates and I were invited to spend the afternoon in Amsterdam, at the offices of the Bezige Bij publishers. We were asked to get into groups and come up with a viable business plan for the launch of their graphic novel e-books. I wouldn’t mind doing all of my work in such a beautiful place! 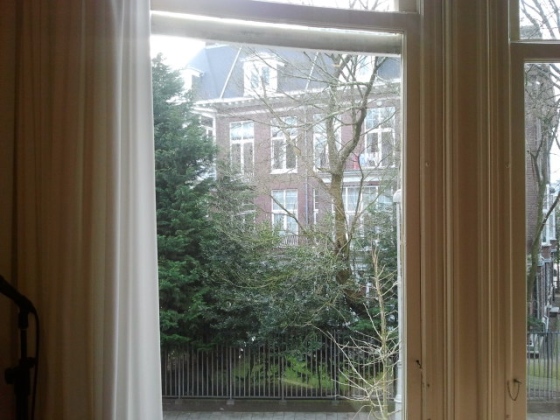 A lot of brainstorming was involved!

(In case you were wondering: none of our business plans were all that viable … we are media students after all!)

Finally, I spent this morning running errands in one of my favourite areas, before heading off to the market to buy some very festive tulips. 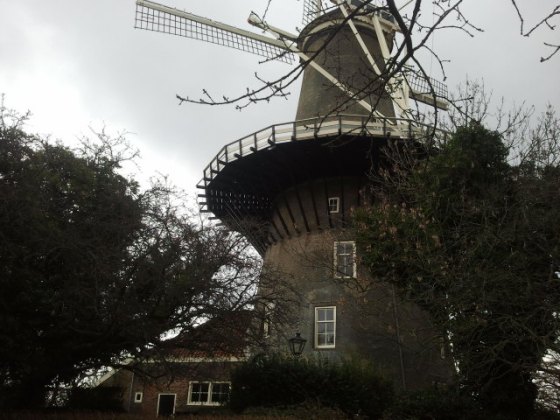 The snow didn’t keep anyone away – the Dutch were out in full force, stocking up on last-minute Easter treats and bouquets. 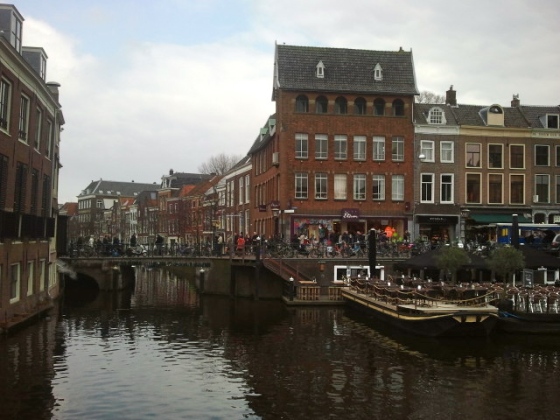 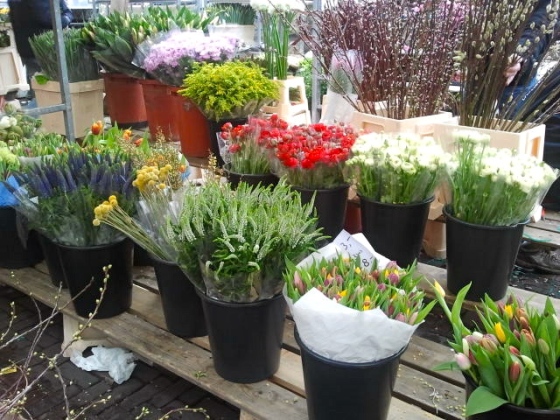 It may have taken a bit of elbowing, but I got what I came for. Now it’s back to this fictional budget of mine … Happy Easter, wherever you are! 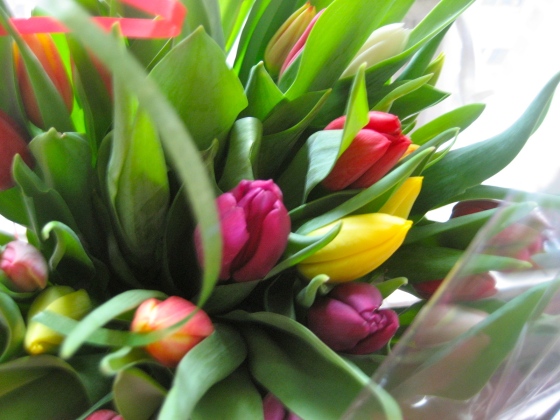 (I was supposed to get my new camera in the mail yesterday, but I wasn’t home and so now I have to wait until the 3rd. Good for my work ethic, bad for this little blog!)